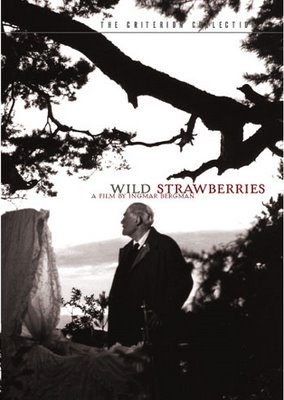 Ingmar Bergman — what can one say about the man and his work. His imagery and emotion, painfully and joyously exploited in all of his films, makes us squirm with delight or weep tears of despair. Think Smiles of a Summer Night. Or Cries and Whispers. Woody Allen enjoys bringing Bergman into his films, as do so many other prized filmmakers.

Isak Borg (Victor Sjöström) is an elderly medical doctor and professor who drives with his daughter-in-law Marianne (Ingrid Thulin) from Stockholm to Lund to receive an honorary degree from Lund University. During the trip, he is forced by nightmares, daydreams, his old age, and his impending death to re-evaluate his life. He meets a variety of people on the road, from Sara, a female hitcher travelling with her fiance and escort, to a quarrelling married couple who remind Isak of his own life and marriage.