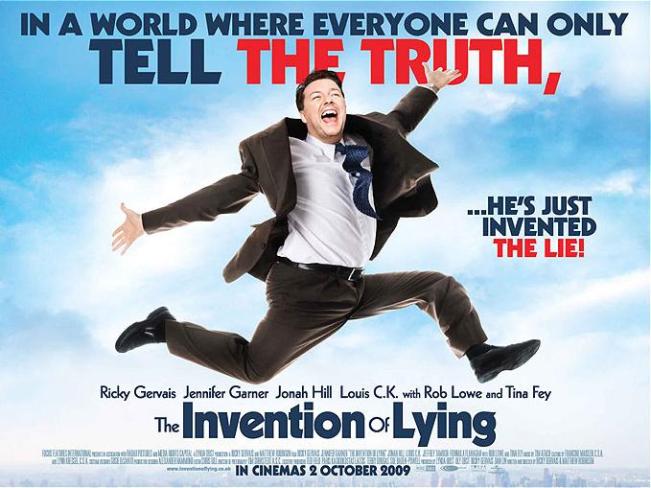 As its September 25 release date draws near (despite what’s on the poster above), the excitement for The Invention of Lying continues to build. Word has it that the first theater-based trailers ran with Bruno, but since that film went down like a lead weight, it’s likely that the volume of potential viewers wasn’t as large as expected.

Nevertheless, there is now a poster and a web site for the film, and YouTube has about 85 different user-uploaded versions of the trailer (all the same…why does YouTube allow that????). The world premiere of The Invention of Lying will be September 14 at the Toronto International Film Festival , and we here at the LFC are going to continue hoping that the city of Lowell will get some sort of special premiere…especially given that our town is the backdrop of the film.

We’ll do our best to keep you posted as we hear more.