The remarkable Christopher Salmon — creative director, filmmaker, and founder of Silver Fish Creative  — is hard at work on his latest project, a short animated film called The Price, based on a story by award-winning author, storyteller, graphic novelist, and fellow science-fiction-phile Neil Gaiman. We first reported on this project back in January at the end of Salmon’s successful Kickstarter campaign and at the time, made contact with him regarding a hopeful Lowell screening of the film upon its completion. We’re pleased to report that Salmon gave us a favorable response at the time, BUT, we have yet to reach back out to see if his positive response has changed. Rest assured we’ll do our very best to re-open the talks, even as Salmon and his team are knee-deep in production. Hopefully he’ll forgive us for our enthusiasm! 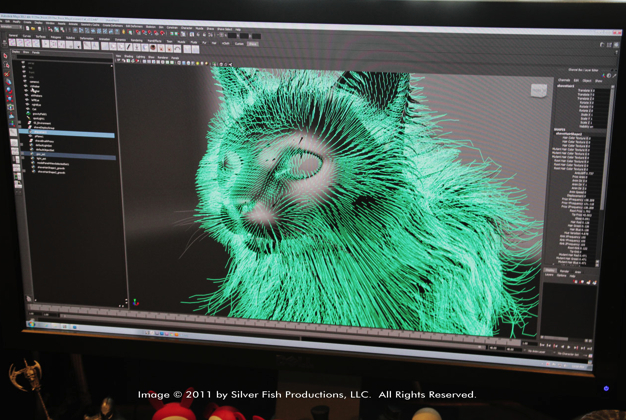 Spectacular CG animation brings The Black Cat, star of "The Price," to life!

Salmon has an impressive background in video production as well as storyboarding, graphic design, and immense experience with 2D and 3D graphics — all of this certainly ensures a fantastic product in The Price, especially given that it’s an absolute passion of Salmon’s to bring Gaiman’s Poe-esque story to life. And by the way, did we mention that Gaiman himself is narrating the film? An incredible coup on Salmon’s part, though Gaiman didn’t really need much coaxing — he’s pretty much giving the project 150% support, as well he should. Kudos, Mr. G. 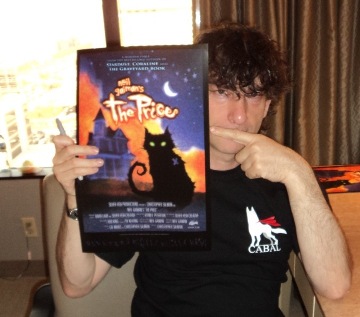 A thumbs up on "The Price" from the great Neil Gaiman.

We encourage you to stay updated on the film’s production via the project’s production blog as their latest stellar update on August 22 showcased the animation process being utilized to achieve the film’s magical look (see the photo above of the film’s star in his raw CG state). For those interested in donating to the project, Salmon and his team would be QUITE appreciative as fundraising efforts are an ongoing part of any indie film venture — please visit their donation page and be as generous as you can. You’ve no doubt heard us preaching time and again that supporting indie productions is probably one of the most fulfilling experiences a film-lover can have, especially when the project hits the screen and amazes audiences. Chris Salmon’s wonderful venture is truly support-worthy.

We’ll pass along any updates should a special screening of The Price occur right here in Lowell — cross your fingers with us, friends!