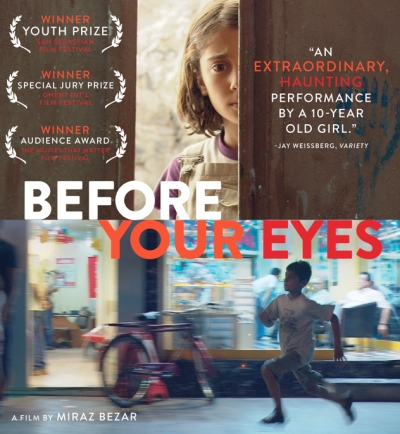 Every second Thursday of the month is Independent Film Night at Pollard Memorial Library here in downtown Lowell, giving all us film lovers a great opportunity to stretch our indie film wings and enjoy great foreign fare and film fest titles. Indie Film Night comes to all of us FREE of charge, courtesy of the Friends of the Pollard Library, so mark your calendars for the second Thursday of every month for an indie film fix right here in the Mill City!

ABOUT THE FILM
Ten year old Gulistan and her brother Firat live in the heart of Turkish Kurdistan. Tragedy strikes when their parents are shot down by paramilitary gunmen before their very eyes. Traumatized and orphaned, Gulistan and Firat try to care for their infant sister, but their money soon runs out and they’re forced onto the street. It is there that Gulistan meets the part-time escort Dilara. Accompanying her on a hotel call one day, Gulistan is shocked to recognize Dilara’s client as the murderer of her parents, and she devises a method of revenge. Miraz Bezar’s award-winning film will be presented in Turkish & Kurdish with English subtitles.

Click here  to view the film trailer and to learn more about Bezar’s remarkable film.