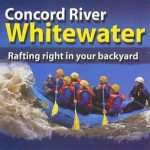 Our 6-month Eco Film Series “Land, Air & Water” swings into high gear with a dynamic Double Feature co-hosted by our series partner, Lowell Parks & Conservation Trust! March’s theme is international river protection, and additionally, this month kicks off the Trust’s whitewater rafting season in downtown Lowell. Whitewater rafting in downtown Lowell, you say? Why yes, indeed! Join us for two remarkable adventure films — Awakening the Skeena and Facing East — and hear from the Trust and Zoar Outdoor on how you can experience the thrill of the rapids right here in the Mill City!

AWAKENING THE SKEENA
a film by Andrew Eddy
2010  |  Not rated  |  80 min
> Official Film Website
At the intersection of three of the last wild rivers of North America, in an area known as the Sacred Headwaters, a battle is underway to halt proposed coal bed methane development that threatens a fragile ecosystem and a way of life that depends on it. Follow soft-spoken local resident and chef, Ali Howard, as she embarks on a 26-day mission to swim the entire 610KM length of the Skeena River and engages the people who live within the watershed in a dialog about their future. Experience the very birthplace of the river, through raw and unspoiled landscape few have ever seen, past the First Nations villages along the river and on to the Pacific Ocean, and share in the inspiring story of one person’s effort to rally the people of the Skeena to stand up for the river and their way of life!

FACING EAST
created by Vital Films of Aspen, CO
2010  |  Not rated  |  20 min
> Visit Vital Films – Facing East
A kayaking adventure film like no other, Facing East follows the last group of paddlers on their journey down the Yangtze River in China before a series of hydroelectric dams are built. It’s the largest hydroelectric dam project on earth — the construction of 14 large dams on the world’s third-largest river — and these dams will displace millions of people and alter the spectacular Yangtze forever. Winner of “Best Environmental Film” in 2010 at the renowned International Reel Paddling Film Festival, this high-action, visually stunning film short combines beautiful videography, hardcore kayaking, and cultural exploration with environmental activism.