* See below for a Special Invitation to local Cast, Crew or Extras who worked on the The Fighter!

Please join UMass Lowell for this series of films that relate to Andre Dubus III’s “Townie,” UML’s First-Year Writing Program’s Common Text for Fall semester 2012. All screenings take place on UML’s South Campus at O’Leary Library, 61 Wilder Street (Room 222), at 6:30 PM. There will be brief introductions before the films by members of the faculty and discussions following each screening. All screenings are free, handicapped-accessible, and open to the public!

For more information, please contact Professor Robert LeBlanc at 978-934-4087 or Robert_LeBlanc@uml.edu. The full Common Text Film Series schedule is below: 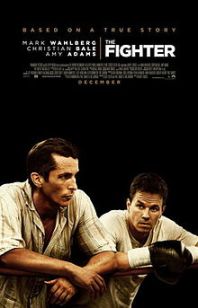 Wednesday, September 12: The Fighter  | *All cast members, crew, or extras who worked on The Fighter are welcomed and encouraged to attend this screening and share your experience! No need to RSVP, please come as you are — feel free to contact Professor LeBlanc for more details! This 2010 film is based on the true story of two Lowell natives: Micky Ward (Mark Wahlberg) and Dicky Eklund, Jr. (Christian Bale). The film follows Micky Ward’s comeback in the world of welterweight boxing. His trainer is his troubled half-brother Dicky, and his emotional mother Alice (Melissa Leo) feels betrayed when Micky begins training without her. Beyond a common focus on boxing, this film shares with “Townie” a focus on strained family relationships. Leo and Bale both won Academy Awards for their performances.

Tuesday, September 25: Billy Jack | This controversial 1971 film gained huge audiences when released theatrically, and one of its big fans was a young Andre Dubus III, as noted in “Townie.” Billy Jack (Tom Laughlin) is shown as a mysterious “half-breed” Native American fighter who is loosely connected with an alternative school. In response to harassment by locals of the hippie students from the school, Billy Jack fights bully Bernard Posner (David Roya) and his friends violently with both hapkido and gunfire. Film critics like Leonard Maltin have expressed confusion about the film’s message. It is, nevertheless, a thought-provoking story of violence and vengeance.

Wednesday, October 10: The Boondock Saints | Troy Duffy’s 1999 film also features many scenes of violence as carried out by the fictional McManus twins (Sean Patrick Flanery and Norman Reedus). The McManus twins get into a brawl with members of the Russian mafia and begin planning attacks on evildoers in their city. They are pursued by Agent Paul Smecker (Willem Dafoe), who eventually ends up sympathizing with them. This troubling story of vigilantes is set in Boston, like some parts of Townie.

Tuesday, October 30: Fish Tank | Andrea Arnold’s film is set in a rough part of London and explores the coming of age of a troubled girl named Mia (Katie Jarvis). Her outbursts have caused friction between her and her family and classmates, and she feels uncomfortable at home. Her mother’s new boyfriend Connor (Michael Fassbender) begins to encourage Mia to pursue her dreams of becoming a dancer, but is it appropriate for Connor to spend so much time with her? This film portrays adolescence as a rocky road in East London.

Wednesday, November 14: In the Bedroom | Based on the short story “Killings” by Andre Dubus II, this 2001 film focuses on a family from coastal Maine whose son, Frank (Nick Stahl) has just returned home from college and is seeing a divorced woman named Natalie (Marisa Tomei). When Natalie’s ex-husband Richard (William Mapother) begins to bother her and her kids, Frank gets involved in the turmoil. After another shocking act, the story forces viewers to examine the effects of violence.

Thursday, November 29: House of Sand and Fog | This film is based on Andre Dubus III’s 1999 novel of the same name and tells the story of two people struggling for ownership of the same house. Kathy Nicolo (Jennifer Connelly) is evicted from her family home, and it is purchased quickly by Massoud Behrani (Ben Kingsley), a former colonel in the Iranian army. The dispute over the home’s ownership leads to deceit and violence, but also to powerful moments of kindness.

Monday, December 10: A Guide to Recognizing Your Saints | This 2006 film is based on the memoir of the same title by writer-director Dito Montiel and offers flashbacks to Montiel’s adolescence in Queens in the 1980s. Dito (Robert Downey, Jr.) has become a writer and left behind his neighborhood, while his friends who got involved in gang-related violence have now gone their separate ways. The film focuses on the reunions between Dito and his family and old friends, as he confronts the consequences of violent acts.