Thanks to everyone who came to Studio A last Thursday for the Twelve screening. The film collection was clever and effective, and Scott Masterson’s Q&A afterwards added a special element to the screening. The Cinema at Studio A series continues this week (we are shifting things up a week due to the upcoming Lowell Folk Fest) with Momma’s Man on Thursday, July 16. 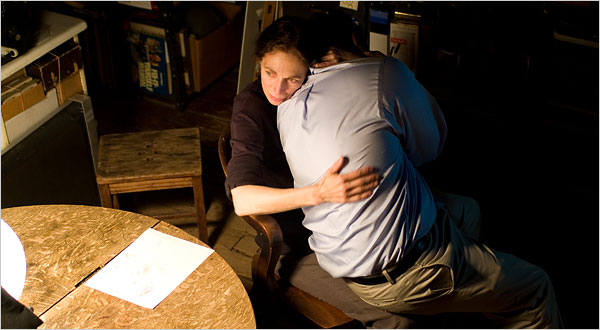 An official selection of the 2008 Sundance Film Festival, Momma’s Man chronicles the increasingly anxious dilemma of Mikey, a young husband and father who stops at his parents’ loft during a business trip to New York and finds himself emotionally unable to leave. Unsure of his own motivations, he makes up excuses about why he is staying. He immerses himself in childhood memorabilia, dodges his wife’s panicked voicemails, and even tries to resurrect old neighborhood buddies.

A tribute to director Azazel Jacobs’ parents and their work as much as to the (lost) New York of his childhood, Momma’s Man is an acutely perceptive, deeply personal take on a universal experience: the fear of growing up.

For more information on Cinema at Studio A, including the rest of our summer lineup, click here.